Two Day Campaign in Commemoration of UN Day
Date: 22/10/2021 and 23/10/2021
In commemoration of the United Nations Day, the Department of Media Studies (PG) of Kristu Jayanti College (Autonomous), Bengaluru, organised a two-day campaign, “Make a Difference: Be the Difference”, as part of rural exposure. The campaign was conducted in Kannamangala, Purushanahalli, and Kanaswadi Governments schools with a focus on student empowerment and rural analysis. To reduce the inequalities and to measure the digital divide in the village, numerous programs were conducted by the students.

A survey was conducted to analyse the impact of Covid-19 in the village and their difficulties to encounter the pandemics. The exposure of the rural population to media platforms in a digital age for information and awareness was also analysed as part of the survey. One hundred fifty school children in the villages were empowered by conducting different curricular and extracurricular activities. The effectiveness of the vaccination drive in the villages was also measured to understand the efficiency of vaccination campaigns.

The campaign was conducted in partnership with Gujarat Tourism and WFV (Water for Voiceless). The media students were able to initiate development programs in the village successfully. A variety of programs, including cultural and experimental design, were organised for children to engage with the mainstream. Dr Juby Thomas, Faculty of Media Studies (PG), and Prof. Retheesh Palakkuzhyil, from the Department of Tourism, coordinated the two-day campaign. 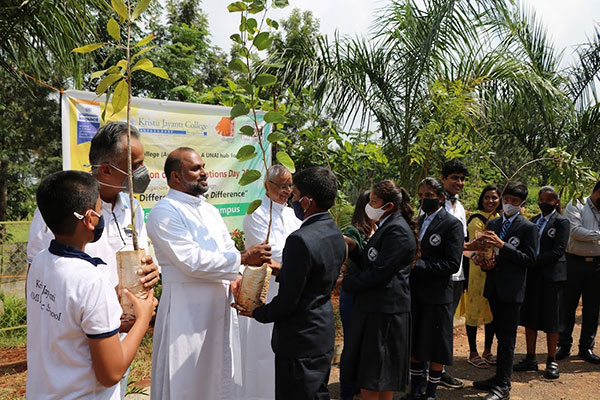 Mr Ramu Patil, Chief of Bureau, The New Indian Express, Bengaluru, delivered the session on the topic 'Media in Democracy' where he emphasised the significance and the role of media in a democracy. Patil pointed out the importance of the media and its role as a watchdog and as the fourth estate of democracy. He also answered many queries regarding the present scenario of the Indian media and the safety of journalists in the country.

Patil shared with students the importance of media responsibility and its implications while quoting his experiences. On safety aspects of journalists, Patil said that India is the safest democratic country, with respect to his previous experiences in other places abroad.

Sharing her experience, Harsha Ann Biju, student from III BA JPENG B, said that Mr Ramu Patil, touched upon all the aspects of media in a democracy, right from its history to the present-day scenario and also went on to explain his personal observation related to freedom of press in India. 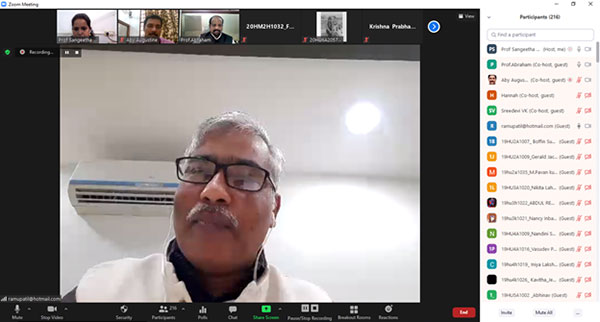 “The collage competition encouraged the use of recycled materials. I found myself scanning through newspapers for relevant cut-outs and text. More importantly, the theme helped me reflect on the idea of Unity in Diversity- a trait that India is most known for”, said Ms. S. Aaqifah Hilmi when asked about her experience in the competition.