Game Show- Ppp
Department of Political science organised a game show for I SEM BA HEP, JPsENG and JPsENG students on 25.9.19- Picturise the political picture comprising of three rounds namely connections round, concept round and personality rounds. The game show aimed at enriching the students talents relating to the skills of connecting the pictures, enacting the concepts and intelligence of identifying the personalities in politics. Students were seen actively participating in the game show. 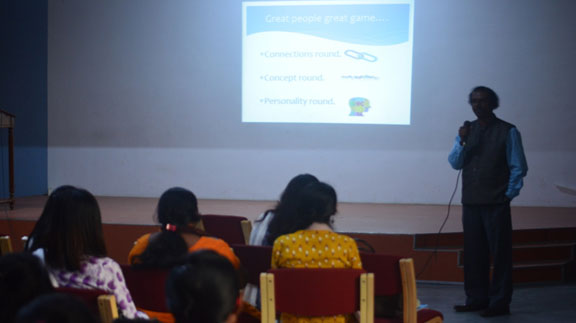 Know your Prime Minister
Department of Political Science celebrated the birthday of Honorable Prime Minister of India, on September 16th 2019 in Mini Auditorium 1 from 12 noon to 12:50 P.M. familiarizing the students of Political Science with the eminent personality of the era, Sri Narendra Modi and inculcating good regards for his contributions to society. A documentary on the political life and works of Sri. Narendra Modi was screened which the students found very informative. Students shared their views on the entire event during the feedback session.

Tribute to Mother Teresa
Department of Political Science organised a programme on 26-08-2019 from 2:40 PM to 3:50 PM. to mark the 103rd birth anniversary of Mother Teresa and to reflect upon Mother Teresa’s contributions to society and to emphasize on the importance of love, peace and universal brotherhood. A documentary on Mother Theresa followed by the group presentation of the students of III year BA covering her spiritual life and her contributions to the society was the hall mark of the programme.

Live Exhibition
Road to independence (live exhibition): was conducted by the Department of political science on 14-08-2019 from 11:00 AM to 1.30 PM in Mini Auditorium 1. It was titled, “ROAD TO INDEPENDENCE” which in literal sense showcased the journey to independence. Live exhibition was conducted to share the feelings of patriotism and to remember the contributions by our great freedom fighters. Students enacted various stages of history projecting its signifance in stages of Indian Independence.

Movie Screening
The Department of Political Science organised “The Pianist” movie screening on 07.08.19, Time: 11:00 AM to 12:50P.M at Mini Audi-1, Kristu Jayanti College. The Pianist is a 2002 World War II biographical drama film produced and directed by Roman Polanski, the script was written by Ronald Harwood, and starring Adrien Brody. It is based on the autobiographical book The Pianist, a Holocaust memoir by the Polish-Jewish pianist and composer Wladysław Szpilman, a Holocaust survivor.

The film was a co-production of France, the United Kingdom, Germany, and Poland. The Pianist met with significant critical praise, and received multiple awards and nominations. It was awarded the Palme d'Or at the 2002 Cannes Film Festival. The film provided an insight about melodrama and emotions of survivor of war. Later the students were entrusted with the task of reviewing the movie.

Guest Lecture
Political science Department organized a guest lecture on 12-07-2019. Mr. Raghu Raj; Co-founder of Smartneta was the chief guest of the day. The objective of the guest talk was to emphasize the role of youth in politics and encourage them to participate in Election. The motto of Guest lecture was to visualize the future through technology to achieve sustainability via smart technology for elections. It was a treat for the students to obtain information about smart technology to be used in politics. On the whole, it was a fruitful discussion for the students treating them with enriching information.

Political Personality Portrayal
Date: 31/07/2017
Classes Attended & Number of beneficiaries: BA V (HEP/HTJ/JPsENG), BA I (HEP/JPsENG) BA III (JPsENG)
Name and details of the programme: Political Personality Portrayal-this was a program to enhance the creative thinking and active involvement of the students through showcasing their talents.
Objective: The purpose of organizing this event was to increase the student’s comprehension of the political personality traits and behavior in Indian context.

The event commenced with the glimpses of the first event prepared and edited by the Head of the department Prof. S J Michael in order to draw connection between the events.

Then the informal session began and the students from all the semester’s portrayed different political personality and delivered the speech for the purpose of explaining their stance on politics.

At the end of the event, the final year students have arranged for proper question-answering session between the personalities and the audience pertaining to their political agenda.

TRIPLE P-PICTURIZE THE POLITICAL PICTURE
Date: 24/07/2017
Classes Attended & Number of beneficiaries: BA Vth (HEP/HTJ/JPsENG), BA I (HEP/JPsENG) BA III (JPsENG)
Name and details of the programme: The game show (Triple P) was about identifying the political picture and it was conducted for increasing the general and political awareness regarding the political surrounding.
Objective: It was the first activity and the purpose was to introduce in detail the “Political Science Club” & its activities to all the students of political science department.

The program was held in the Mini Audi-II on 24th July 2017. It was started with the invocation of Al Mighty’s presence followed by the welcome address delivered by the HOD Prof. S.J Michael and the student club coordinators Shilah saka and Nithin Jose.

Glimpses of past activities and the tentative plan of the future or upcoming events of the club was projected through a video presentation and then faculty club coordinator Mrs. Shrestha Chowdhury addressed the gathering encouraging the student fraternity for active and constructive involvement in the club activities and then the formal session of the program came to an end. An informal event was arranged i.e. “Picturize the political picture”, conducted through three different rounds- connection, personality and conception round. The students have participated actively in the game show. 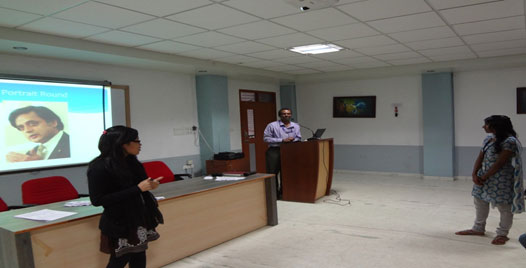 POLYCRACY
The department of Political Science had organized - POLYCRACY on17thAugust 2015, a game show having the political incidents and leaders of worldwide, that aroused the crowd. The game was all about exploring, making stories that are humorous, witty yet with political background and that make some sense.

The game was played with the aim of getting the communication and expression right. The programme saw the strength of 120 students.